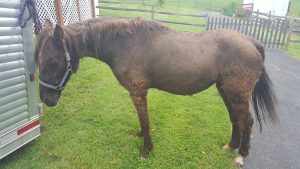 Cushing’s and IR are common in many of the gaited breeds, since most have parallel development, also common in Morgans (another breed that has similar foundation stock as the Walking Horse) and other breeds with a reputation for being “easy keepers”.

The following information was published by the Equine Cushing’s and Insulin Resistance Group, Inc.

In the horse, what is commonly called Cushing’s Disease is caused by hyperplasia (enlargement) or adenoma (benign tumor) in a portion of the pituitary called the pars intermedia (intermediate lobe).  Therefore, to be more accurate in describing it, the term PPID — Pituitary Pars Intermedia Dysfunction — is really the correct term.”

There are so many subtle changes with PPID not picked up with current blood diagnostics that, symptomatically, it is often the early cases of PPID that owners and veterinary practitioners miss.

At this time, the goal of treating PPID is three-fold:

The best way to assess ongoing treatment and medication requirements of horses with PPID is to test ACTH levels and to monitor the horse symptomatically. For the best long-term prognosis, hormone levels should be kept as close to normal as possible, often requiring titration of medication during certain periods of the year.

The goal of the ECIR Group isNO Laminitis. Therefore, the recommendation is that horses with PPID be treated with pergolide and, if also Insulin Resistant, that their diet be managed according to the ECIR Group protocol: Diagnosis, Diet, Trim, and Exercise (DDT + E).

Insulin Resistance is characterized by a loss of insulin sensitivity at the cellular level. The IR horse is carbohydrate intolerant and the degree of insulin resistance can be assessed and measured as part of the diagnosis and recovery process.

Insulin Resistance can arise in response to other disorders, diseases or challenges, but in non-PPID horses the vast majority of IR horses are not “diseased”. IR is simply part of their metabolism, likely genetic. If you knew someone with an allergy to peanuts, strawberries, or shrimp, you wouldn’t really consider them to be diseased. Try to think of the insulin-resistant horse or pony as an animal that is intolerant of certain types of diet and management. This is a management and care issue with no real cure. The solution is to avoid the triggers that can get the horse into trouble.

The primary treatment for equines with IR only, and for equines with both PPID and IR, is a low-carb, low-fat, and mineral-balanced diet. Any grain products and pasture turnout should be eliminated until all signs of IR are totally absent and reintroduced only with extreme caution. Low-carbohydrate hay or forage products should be fed. The ECIR Group has found that Ethanol Soluble Carbohydrates(ESC)* + Starch at 10% or less by testing, or hay soaked and drained to remove soluble sugars, can be fed safely to all but the most severe IR horses.

Attempting to achieve weight loss by reducing feed intake below 1.5% of body weight can worsen IR and precipitate Hyperlipemia. Hyperlipemia is an alteration in fat metabolism resulting in elevated triglycerides and cholesterol and is a potentially life-threatening condition, especially in ponies. DO NOT STARVE the weight off your horse or pony! Severe calorie restriction actually triggers Insulin Resistance.

*ESC = Ethanol Soluble Carbohydrates, i.e., carbohydrates extracted in ethanol. Includes primarily monosaccharides and disaccharides. These sugars are digested to glucose; to be reduced as much as possible for IR horses. 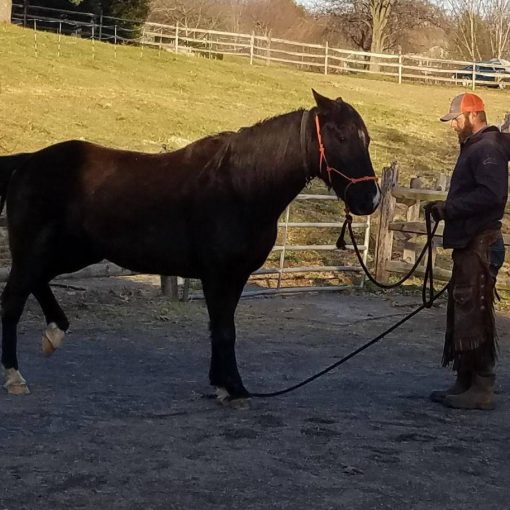 Aggressive Horse Behavior You hear so many stories about dangerous horses. Horses that were completely “normal” at one time. Nice, ride-able horses…but at […] 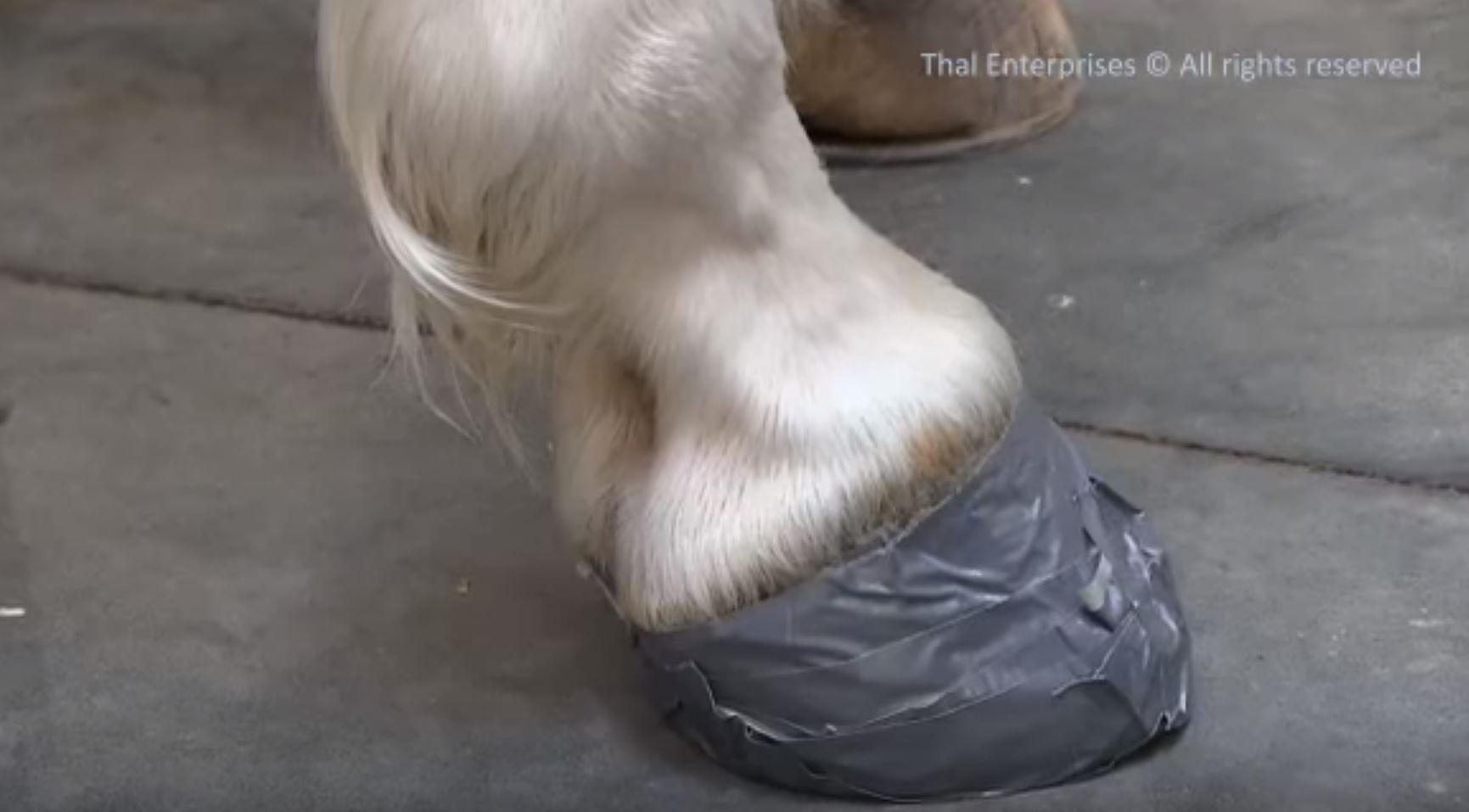 Hoof problems are no fun and trying to keep medication on the bottom of your horse’s hoof can be next to impossible.  […] 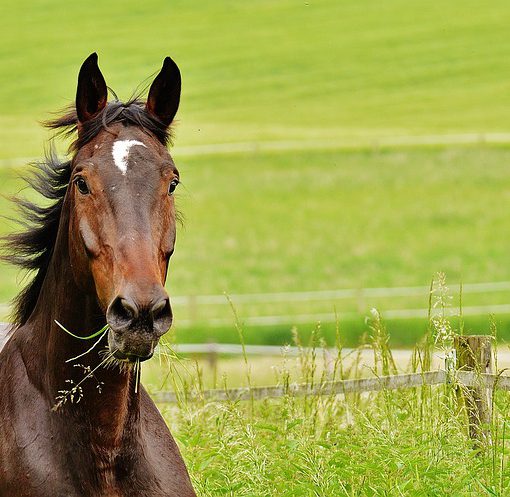 Are you aware of the dangers of Spring time grass? For those who live in climates where the seasons are well defined, […] 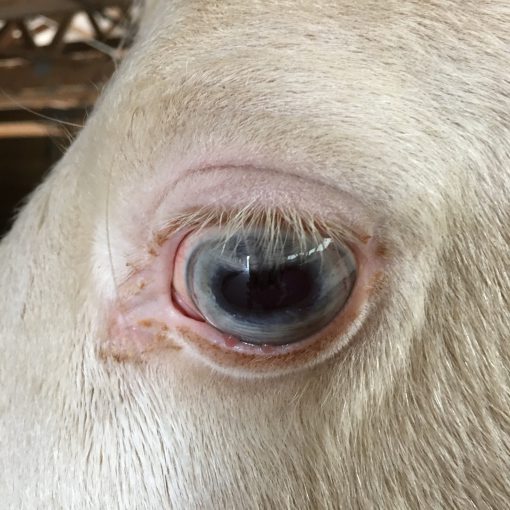 Most people who have been around horses long enough have probably heard that White horses are very susceptible to cancer. I recently […]